The World Intellectual Property Office (“WIPO”) is the body through which International Patent Applications can be filed, under the mechanism of the Patent Co-operation Treaty (“PCT”), which will be familiar to many of our clients.  Such “PCT” patent applications are often the most convenient way of seeking patent protection abroad.

However, what is often not so widely appreciated is that WIPO also operates a similar procedure for trade marks.  The UK is a signatory to the Madrid Protocol which, whilst it sounds like the title of a Robert Ludlum thriller, is considerably less exciting and is actually an international mutual agreement concerning the registration of trade marks.  Under the Madrid Protocol, a single international registration can be used to gain registered status for a trade mark in multiple countries.  The international registration helpfully remains a single entity, and so can be readily assigned to another party, and is renewable every 10 years by a single renewal fee payable to WIPO.

Another very helpful feature of the Madrid Protocol system is that other Madrid Protocol member states can be added to the list of countries covered by the international registration at a later date.

It has not escaped our notice that the EU membership of the Madrid Protocol means that after Brexit (whenever that may be) UK attorneys, such as ourselves, will continue to be able to file International Registrations designating the EU.

In view of the ever-expanding list of members, it seems to us that the Madrid Protocol will become an increasingly useful mechanism, and increasingly popular with clients.

If you would like to know more about International Registration of trade marks, please get in touch with your usual contact at Nash Matthews LLP.  We will be happy to answer your questions. 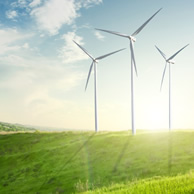