Brexit Update: Implications for Intellectual Property in the event of a “No Deal” Brexit

In view of the EU’s rejection of the UK Government’s “Chequers” proposals for Brexit, the likelihood of a “No Deal” Brexit seems to be slightly higher, although perhaps still unlikely.

However, the UK Government has been publishing a series of guidance documents for measures it intends to put in place in the event of a “No Deal” Brexit.  Last week, it was the turn of Intellectual Property to receive the Government’s attention.  We have summarised below the content of the Government’s guidance note although, we reiterate, this advice applies only if the UK and the EU cannot reach agreement on a deal.

In short, there will be little change in this area.  The European Patent System, and the national UK Patent system, essentially operate outside of EU law, and so are unaffected by Brexit.  For example, European Patent Attorneys in the UK will continue to have the right to act before the European Patent Office.  Whilst the current system for SPCs ultimately derives from EU law, the relevant provisions are already incorporated into UK national law.

There is however continuing doubt as to the fate of the Unitary Patent (“UP”) and the Unified Patent Court (“UPC”) which may or may not come into being, and which may or may not have the UK as a party to them.  The UK Government position is that, should the UP and UPC come into force, the UK will explore whether it will be possible for the UK to remain within these systems in the event of a “No Deal” Brexit.

For existing registrations, the UK Government’s plan is for equivalent UK national rights to come into being with “minimal administrative burden” for the EU right holder.

For EU trademarks or design applications which are pending on Brexit day, there will be a period of 9 months within which the Applicant can request equivalent protection in the UK, without loss of entitlement to the filing date (and priority date, if any) of the EU application.  Meanwhile, the Government has stated that it is working with the World Intellectual Property Organisation to provide continued protection in the UK for trademarks and registered designs filed through international systems (Madrid ad Hague respectively) and designating the EU.

All unregistered Community Design Right which exists on Brexit day will continue to be enforceable in the UK for the remaining duration of the right (which is only 3 years from the date on which the design was first made available to the public in the EU).  In addition, the Government will create a new unregistered design right in UK law which will reflect the characteristics of the existing Community Design Right.

Since the UK is already a signatory to many international treaties and agreements in line with the EU directives on copyright, copyright in most markets will continue to be protected in the UK and elsewhere without change.  However there will be some differences in detail.

“Exhaustion of rights” occurs, in simple terms, when goods are placed on the market anywhere within the EU by, or with the content of, the owner of intellectual property rights in those goods.  This means that, for example, the IPR owner cannot object to the subsequent marketing of those goods in another country within the EU.  Accordingly, such “parallel imports” cannot be prevented by the existence of a patent or a registered trade mark, for instance, in the other EU country.

The latest guidance from the UK Government is that they will continue to recognise such exhaustion of rights in the immediate short term.  Beyond that however, the Government will explore other options.

We will issue additional updates if the Government releases significant further details. 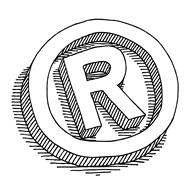 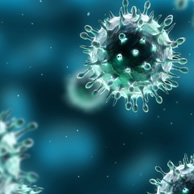